As the people of Texas continue to deal with the devastating effects of what was Hurricane Harvey, one Canadian petroleum expert predicts gas prices here in the GTA could rise by 11-cents in the next few days.

Dan McTeague says as much as 31 percent of U.S. gas production is offline as a result of Harvey’s damage. 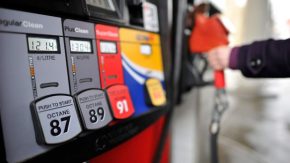 Prices went up 2 cents a litre at Toronto pumps on Wednesday, and another 3 cents today (Thursday) to 118.9 cents a litre. McTeague says brace for another 5-cent hike Friday and an additional 3-cents over the weekend.

Conditions in Houston are slowly improving, but authorities warn the crisis in the nation’s fourth largst city and across the region is far from over.

There have also been two explosions reported at a Houston area chemical plant after the flooded facility lost power. There are no injuries reported, but a deputy with the Harris County Sherriff’s office was taken to hospital after inhaling fumes.

Harvey is now a tropical depression heading north from Louisiana.