A trial of two former top political aides in the Ontario premier’s office is slated to begin here in Toronto today. 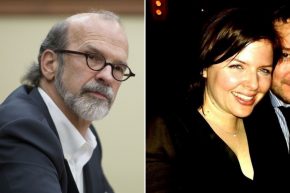 David Livingston and Laura Miller are charged with breach of trust, mischief and unlawful use of a computer. Both deny any wrongdoing.

The emails were about the Liberals’ decision to cancel two gas plants just before the 2011 election, costing taxpayers about $1.1 billion.

Communications expert Robin Sears told Zoomer Radio’s Fight Back with Libby Znaimer, this is a good example of the cumulative damage impact of scandals in government.

“I think that the gas plant thing just sits out there like a stink bomb waiting for it to be revived because it is such an egregious failure of government,” Sears explained.

The lawyer for David Livingston says he plans to seek an immediate adjournment so the defence can go over documents the prosecution handed over only recently.