It’s promising news for people who are predisposed to developing Alzheimer’s Disease. 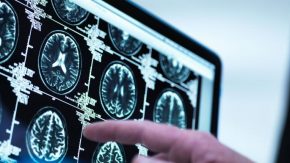 A new artificial intelligence unit may be the key to early Alzheimer’s disease diagnosis.

Researchers at the University of Bari in Italy have developed an algorithm that can spot tiny structural changes in the brain which are typically caused by the disease. And this discovery could allow doctors to diagnose the disease 10 years before symptoms begin appearing.

The scientists had the artificial intelligence analyze MRI scans from both Alzheimer’s patients and healthy patients before developing an algorithm to spot the abnormalities.

Alzheimer’s disease has no cure, but there is treatment that can slow down the progression. And these treatments are more effective if started earlier. There are other techniques that have been developed to detect early Alzheimer’s but most are invasive and expensive.