She’s a specialist in the genetics of heart disease and a longtime vice president of research at the University of Ottawa. 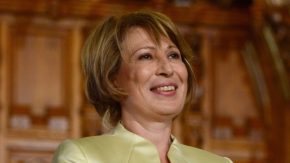 “Dr. Nemer will advise me, the minister of science and other members of cabinet as needed on scientific issues of national importance. She will provide advice to ensure that we have the evidence we need to make good decisions for all Canadians, decisions that will help us to strengthen and grow the middle class and build an economy that works for everyone,” announced Trudeau.

The three year appointment comes two years after the federal Liberals pledged to reinstate the position.

It was nearly a decade ago, the previous version of the role of chief science advisor was cut by then prime minister Stephen Harper.