AGO HEAD AGREES WITH FORMER CURATOR BUT REMAINS OPTIMISTIC 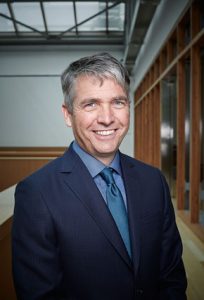 The head of the Art Gallery of Ontario admits there is still work to be done – even though the AGO has made progress – in making the art world more inclusive.

Stephan Jost was responding to criticism from one of the museum’s former curators, Andrew Hunter, who said he left his job recently because he was worried – “about an institution wavering in its commitment to make space for new voices.”

Hunter was the AGO’s Canadian art curator since May 2013. He left the gallery in September.

In a Toronto Star column this week, Hunter expressed disappointment that art institutions aren’t progressing quickly enough – as they try to be more inclusive – especially when it comes to Canada’s Indigenous community.

He also criticized what he described as – the elitist and colonial roots of public museums – saying they don’t represent the public they’re meant to serve.

Jost agrees that the there is still room for improvement at the AGO – but he’s  optimistic about the potential that museums have – to improve cultural understanding.