Home sales in the Greater Toronto Area were down 35 percent in September compared with the same month last year, although prices generally continued to increase. 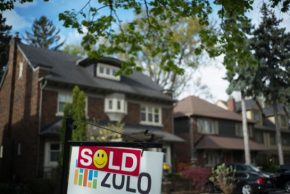 A Toronto Real Estate Board report says sales of all major types of residential property were down but the biggest decline was a more than 40 per cent drop in sales of detached homes.

The average selling price for all types of property sold in September was up 2.6 per cent from a year ago, rising to just over $775,000.

High-priced detached homes accounted for a smaller share of sales than in September 2016, and the average price for that market segment was flat.

TREB’s benchmark price index, which adjusts for different property types, was up 12.2 per cent from the same time last year.