CENTENNIAL PARK STADIUM WILL NOT BE NAMED AFTER ROB FORD: TORONTO CITY COUNCIL

A west end Toronto stadium will not be named in honour of the late infamous mayor Rob Ford. 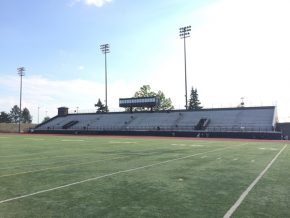 Wednesday night, city councillors voted 24 to 11 against naming the stadium in Centennial Park after Ford, who died last year of cancer at the age of 46. Prior to his cancer diagnosis, he made international headlines for admitting to smoking crack.

At Toronto City Hall last night, Mayor John Tory said he was asked to recommend this motion by the Ford Family.

“I’m simply standing in my place Madam Speaker to encourage each member of this city council to vote on this motion based on their own assessment based on what they think is right and what they believe their residents would wish them to do,” Tory explained.

Tory also said that some of the former mayor’s actions and comments while in office were hurtful and disrespectful to some.

“I’m not surprised with the council that we have down there, I’ve worked with them for a number of years and it’s disappointing. Rob gave thousands and thousands of hours back to his community through youth, through football,” lamented Doug Ford.

Council did vote in favour of discussing ways to honour late councillors Ron Moeser and Pam McConnell, who both died this year.