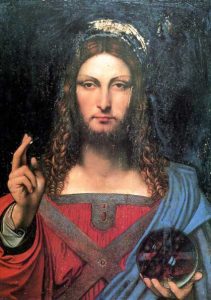 The very last Leonardo da Vinci masterpiece in private hands – is to be auctioned next month – with an advance sale estimate of approximately $100 million.

It’s been called “The holy grail of old master paintings” – and the seller is identified only as a “private European collection.”

Salvator Mundi dates from around 1500 – and it’s one of fewer than 20 known paintings by Leonardo.

It was believed that the work had been destroyed – until it was rediscovered in 2005.

The Warhol pre-sale estimate is around $50 million.