Some parents in Ontario have received a questionnaire asking them to carefully consider their choice of Hallowe’en costume for their children to wear to school.

The guidelines come amid debate over whether costume policing is violating free expression.

A publicly funded French-language school board in Ontario (Conseil scolaire Viamonde) emailed guidelines to parents last week to ensure children don’t show up to school in costumes that may cross the line to sexism, racism and appropriating culture.

The checklist asks: Does your child represent a stereotype, such as terrorist or urban ghetto dweller? Does it involve changing the colour of their skin? Does it allude to a culture that is not the child’s own, such as a kimono, a turban or a feather headdress? Does it mock transgender people? Is it based on tragic or violent historical moments such as “slave” or “cowboy and Indian” role play? If the answer is yes, parents are asked to reconsider the choice of costumes. 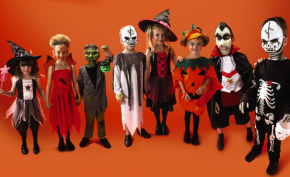 The guidelines are titled Is My Costume Appropriate? and states that costumes worn to school should be respectful of its diverse student population.