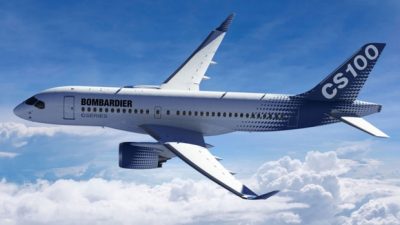 Both aircraft manufacturers announced their partnership Monday evening – just weeks after America announced 300 per cent preliminary duties on exports of the aircraft – following a complaint from Airbus rival Boeing.

The CSeries headquarters will remain in the Montreal area – with a second assembly line for the plane to be set up at Airbus’ facility in Alabama.

Airbus will acquire a 50.01 per cent interest in the CSeries Aircraft Limited Partnership (CSALP)- which manufactures and sells the 100 to 150 seat passenger aircraft.

Bombardier will own 31 per cent – and the Quebec government’s investment agency will hold 19 per cent.