American author George Saunders has won the prestigious Man Booker Prize for fiction with Lincoln in the Bardo – a sweeping symphony of a novel about restless souls adrift in the afterlife. 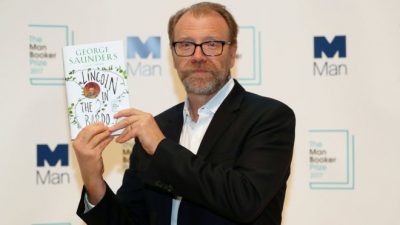 It’s the story of U.S. President Abraham Lincoln visiting the body of his 11-year-old son Willie in a Washington cemetery – narrated by a chorus of characters who are all dead – but who are unwilling or unable to let go of life.

Baroness Lola Young chaired the judging panel and praised Saunders’ work for “its innovation, its very different styling, the way in which it paradoxically brought to life these almost-dead souls.”