U.S. DOCTORS URGED TO TALK WITH PATIENTS ABOUT GUN SAFETY

In a story that could be titled Only in America, doctors in the U.S. might soon be asking their patients about their guns.

Each day, almost 100 Americans die as a result of firearm violence.

In response, the American College of Physicians is now encouraging doctors to talk with patients about safe firearm behaviours. 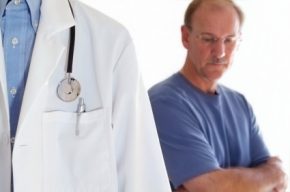 It would be similar to talking to patients about the risks for alcohol, tobacco, drugs, sexually transmitted diseases and other health issues.

Research also suggests 45 per cent of people who commit suicide have seen their primary care doctor within one month prior to their deaths, and many who end their lives do so with their own guns.

You can read about the report in the Annals of Internal Medicine.