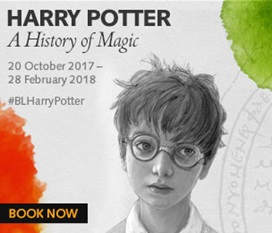 A new British Library exhibition is tracing the history of magic – to mark the 20th anniversary of the publication of J.K. Rowling’s Harry Potter and the Philosopher’s Stone.

The exhibit opens Friday and has broken records for advance sales at the London library – with over 30,000 tickets sold so far.

The show History of Magic, looks at magic and the nature of belief – and reveals that many of the things Harry Potter fans thought were imaginary – were actually based in fact or folklore.

There are rare books and manuscripts from around the world – together with cauldrons, broomsticks, crystal balls and potion manuals – that offer insights into Rowling’s inspiration for the Harry Potter books.