People in the U.S. are getting a chance to view newly discovered Jewish writings – that were thought to have been destroyed during the Holocaust.

Ten documents on loan from Lithuania’s national library are on display at New York’s YIVO Institute for Jewish Research – which is partnering with the Lithuanian government – to archive the 170,000-page collection. 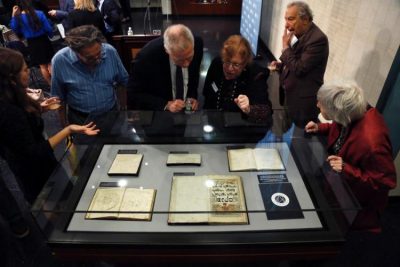 A librarian in Lithuania hid the documents in a church basement to protect them from the Nazis during the second world war – and they re-surfaced during a move in 2016.

An expert on Jewish history says “It’s the most important body of material in Jewish history and culture to be unearthed in more than half a century, since the discovery of the Dead Sea Scrolls.”
The Manhattan exhibition can be seen by appointment until January.