HEALTH SPENDING TO INCREASE $200 PER CANADIAN IN 2017: CANADIAN INSTITUTE FOR HEALTH INFORMATION

Health spending in Canada is expected to cost an additional $200 per person in 2017 compared with last year. 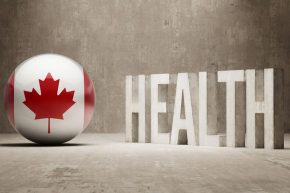 A report released Tuesday by the Canadian Institute for Health Information forecasts total health spending for the year to increase almost four per cent to $240-billion and equal 11.5 per cent of Canada’s gross domestic product, which is similar to last year.

The report’s authors say total health spending per person is expected to vary across the country, from $7,378 in Newfoundland and Labrador and $7,329 in Alberta to $6,367 in Ontario and $6,321 in British Columbia.

Drug spending is expected to grow the fastest, reaching an estimated 5.2 per cent this year. Physician spending growth is forecast to grow 4.4 per cent and spending on hospitals is estimated to grow by 2.9 per cent.