Is it good news or bad news for loyal consumers who shop at both Shoppers Drug Mart and Loblaw grocery stores? 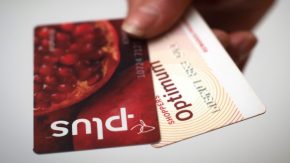 The Optimum and PC Plus loyalty points cards will soon be merged into a new loyalty program called PC Optimum.

The two programs will merge starting February 1st, a long anticipated move that comes more than three years after the grocery giant acquired the pharmacy chain and its in-house Shopper Optimum system.

Consumers will keep collecting points as usual until February first when their Optimum and/or Plus points will move to the new program at equal value. For example, if a collector has $100 worth of Optimum points, they will receive $100 worth of PC optimum points.

Collectors will then use a single card or app and continue to earn points on money spent at Shoppers. They’ll also be able to earn points through personalized offers and in-store promotions at all stores, and by using the President’s Choice Financial MasterCard.

The new program will have an easy to remember redemption system – with 10,000 points valued at $10, 20,000 points at $20 and so on to a maximum single transaction redemption of $500. Shoppers can use their reward money at any of Loblaw’s nearly 2,500 stores and the company’s websites.

Consumers will earn 50 per cent more points for almost every dollar spent at Shoppers Drug Mart locations to help account for the higher number of points needed for each redemption level. Under the current Optimum program, collectors earn 10 points for every $1 spent, but need 2,000 fewer points to buy $10 worth of goods, for example.

More than 19 million active members make up the base of the two current programs, with at least 50 per cent of members enrolled in both, said Jim Noteboom, senior vice-president of loyalty and consumer insights.