The Trudeau Liberals managed to win 3 out of 4 federal byelections on Monday, including Toronto’s Scarborough-Agincourt riding. 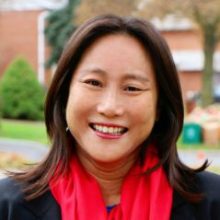 Jean Yip, the widow of the late MP Arnold Chan, held on to his riding with more than 49 percent of the vote.

“I’m never going to stop meeting with the residents of Scarborough-Agincourt. I’ll continue to knock on their doors, hear their concerns and work very hard for them in the constituency as well as in Ottawa,” Yip promised after declaring victory.

In the other byelections, the Liberals scored an upset by taking the British Columbia riding of South Surrey-White Rock away from the Conservatives.

The Liberals retained a safe seats in Newfoundland and Labrador while the Conservatives held onto one of their own safe seats in Saskatchewan.