U.S. President Donald Trump is planning a first trip to Canada. He is scheduled to attend the June gathering of G7 leaders at a resort in Quebec’s Charlevoix region, and it seems he is now considering backing a climate change related initiative to be discussed at the summit. 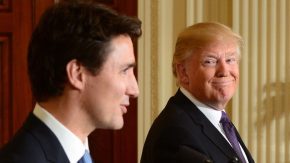 Trump has shown disdain for international multi-lateral groups, disparaging alliances such as NATO, pulling the U.S. out of the Paris climate change agreement and tearing up trade deals such as the Trans-Pacific Partnership. But there is word that Trump wants the Charlevoix summit to succeed.

Representatives within the Trump administration have given the go-ahead to developing this theme in pre-summit meetings early in the new year.