A small Chinese study has tried to find out if Ginko biloba can actually have any benefit. 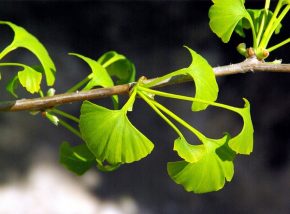 The herb has long been purported to be a remedy for a number of maladies, including memory problems, ringing of the ears and confusion.

But despite a rich history of traditional uses, there have as yet been few scientific studies demonstrating the health benefits of its use.

In the study, researchers wanted to see whether Ginkgo biloba extract could help stroke sufferers recover cognitive and neurological function.

They took 348 people who had experienced a stroke within the past week, and they treated roughly half of these people with a daily aspirin plus a daily dose of Ginkgo biloba extract.

The other half got aspirin alone.

While all of the patients who remained in the trial for the entire 180-day period improved, the improvements among those patients who got the Ginkgo were slightly better.

The study is written up in Stroke and Vascular Neurology.