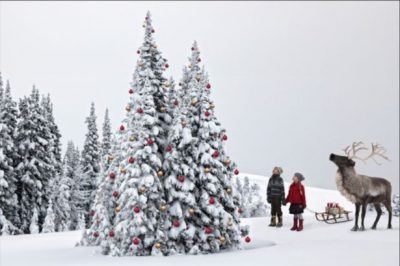 Dreaming of a white Christmas will be easier than planning for one this year – for some Canadians.

That’s the word from the Weather Network – which is predicting that most regions with snow on the ground now – can count on keeping it on Christmas Day – but forecasters aren’t absolutely sure  about conditions for much of the rest of the country.

Chief Meteorologist Chris Scott says people across much of Ontario, Quebec and Atlantic Canada may not know if a white Christmas is in the cards – until the day itself.

Scott says prospects for snow are more likely in most of B.C. southern Alberta, parts of Saskatchewan and northern Canada.

But what’s most certain is that a spell of bitterly cold weather is due to settle in just after Christmas – from Saskatchewan to all points east.