More than 60 members of the Boston Symphony Orchestra are calling for the organization to include more female and composers of colour in its programming. 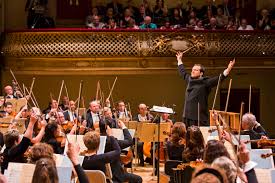 The musicians have met with orchestra leadership to discuss changes after sending a letter in October criticizing the lack of diversity.

In that letter, the musicians noted only one of the 73 pieces scheduled for the current season was composed by a woman.  All the rest are by white, male composers.

The group is asking the orchestra to add five more works by women and minorities to the current season and have at least 20 per cent of the works in the next season come from those two groups.

A spokesperson for the orchestra says the meeting was productive but released no details.