Sure as sugarplums, myths and misconceptions pop up every holiday season, and science has an answer to some common ones. 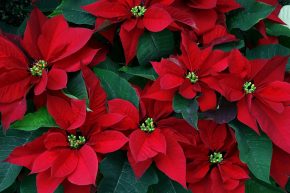 Poinsettias are not nearly as harmful as a persistent myth says.

Mild rashes from touching the plants or nausea from chewing or eating the leaves may occur but they aren’t deadly, for humans or their pets.

According to a Western Journal of Emergency Medicine research review, the plants’ toxic reputation stems from a single unconfirmed death of a two-year-old in Hawaii in 1919.

She says in none of those cases were there deaths or serious injury.