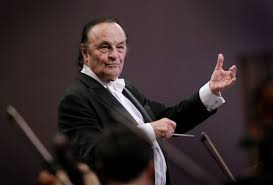 Charles Dutoit has been released from his guest conductor role with the  Boston Symphony Orchestra – after what are described as “extremely troubling” sexual misconduct allegations – in a story by The Associated Press.

Dutoit had been a guest conductor in Boston since 1981.

In the AP story three opera singers and one classical musician accused Dutoit of sexual assault – and provided detailed accounts of alleged incidents between 1985 and 2010 in five U.S. cities.

At this time Dutoit hasn’t  responded to multiple requests for comment.

The 81-year old is the former conductor of the Montreal Symphony Orchestra and is currently artistic director and principal conductor of London’s Royal Philharmonic Orchestra.

He is scheduled to conduct the New York Philharmonic next month.