The Canadian Historical Association wants to rename an annual writing award so it’s no longer associated with the country’s first prime minister. 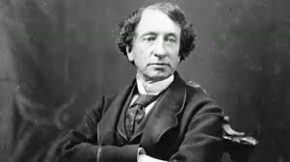 Members want to change the title of the “Sir John A. Macdonald Prize”  to the “C.H.A. Prize for Best Scholarly Book in Canadian History.”The $5,000 prize recognizes non-fiction writing that’s been deemed to make a significant contribution to the study of Canadian history.

The Association’s action follows a call last August from the Ontario Elementary Teachers’ Federation which demanded Macdonald’s name be removed from schools in the province over what the Federation called his role in developing systems that perpetuated genocide against Indigenous people.”

Members of the C.H.A. will vote on renaming the prize at its annual meeting in May.