Earlier this week we reported that a rare Hebrew Bible was going to auction in New York.  It turns out, the bible wasn’t auctioned but instead, it was acquired by New York’s Metropolitan Museum of Art for an undisclosed amount. 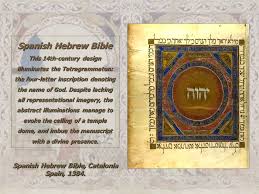 The magnificent illuminated Hebrew Bible from Spain, was produced during the first half of the 14th century and stands as a remarkable testament to the cross-cultural influences in the Golden Age of medieval Spain.  The Bible celebrates the sacred Hebrew text and. remarkably, embraces both Christian and Islamic aesthetic sensibilities

The Metropolitan Museum of Art’s CEO says his organization is thrilled to add the treasure to The Met’s growing collection of important Judaica.  It joins recent acquisitions such as a 15th-century handwritten copy of the Mishneh Torah, and a Torah crown and pair of finials of 18th-century Italian silver.