It seems Toronto’s Mayor has taken an interest in assisting the relatives of Barry and Honey Sherman, who were found dead in their north Toronto home nearly two weeks ago.

John Tory has reportedly told Toronto Police that relatives are upset with how the service has communicated information about the billionaire couple’s deaths.

A spokesperson for the Mayor confirms that John Tory has spoken several times to the Shermans’ relatives, both by phone and at last week’s memorial service, where the mayor delivered remarks. A spokesperson for Toronto Police has declined to comment on the mayor’s involvement in the Sherman case. 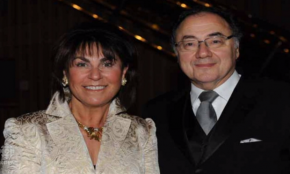 Within a day of the bodies being found, several media outlets quoted police sources as saying the leading theory was murder-suicide. The family responded almost immediately, urging police in a statement to conduct a thorough investigation before releasing any theories to the media.

Meantime, a well respected retired Toronto Police homicide detective has been hired by the Sherman family to offer a second lens into the couple’s deaths.

Tom Klatt has investigated organized crime groups and international narcotics syndicates, and has been involved in more than 70 murder investigations. The Sherman family’s lawyer Brian Greenspan confirms he hired Klatt and his private firm on the family’s behalf.