It turns out there were no working smoke alarms in the Oshawa home that caught fire on Monday, killing a mother, her two children and another man who tried to save them.

Ontario Fire Marhsal investigator Rick Derstroff says he and his colleagues found brackets, mounts and wires presumably meant to connect to smoke alarms, but no actual devices anywhere inside the house. He says this shouldn’t happen in today’s day and age. 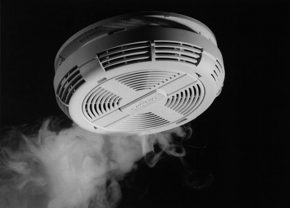 Nancy MacDonald-Duncan is with Mississauga Fire and Emergency Services. She told Zoomer Radio’s Fight Back with guest host Jane Brown, the Ontario Fire Code requires all homes to have a smoke detector on every floor and she says there needs to be regular testing.

“We would suggest definitely on a monthly basis. Test them if they’re battery operated. We recommend that the batteries be changed at the time changes, twice a year, and they should be replaced according to the manufacturer’s instructions, but certainly no less than every ten years,” MacDonald-Duncan explained.

Listen to the entire interview with Mississauga Fire’s Nancy MacDonald-Duncan by clicking here.

In the case of the deadly Oshawa Fire, where the occupants were renting, charges are possible.

Oshawa city Councillor Amy McQuaid-England says she’s been working for years to create a licensing and inspection regime for rental housing in the part of Oshawa where the fire occurred, saying that would’ve ensured units had functioning smoke alarms.