The City of Toronto could garner new tax revenue from hotel and short term rental bookings. 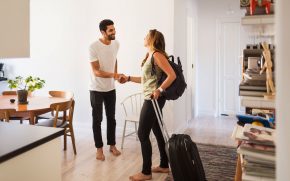 City staff are recommending a 4-percent tax for both hotels and short term rentals such as Airbnb.

Provincial legislation brought in last May has made collecting the tax a possibility, and it’s an idea Toronto city councillors endorsed last year.

The proposal is not going over well with those in the hotel and short term rental industries. Greater Toronto Hotel Association President and CEO Terry Mundell said in a statement, “that a hotel tax in Ontario has the potential to seriously reduce the competitiveness of Ontario’s tourism sector.”

The staff report endorsing the 4-percent tax comes up for debate at Mayor John Tory’s executive committee on January 24th. City councillors will have a final say at a meeting that begins January 31st.