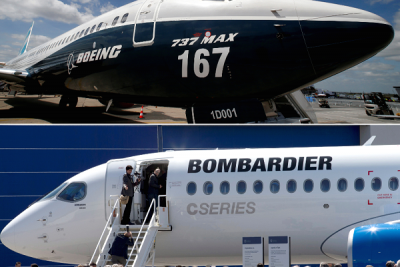 The U.S. International Trade Commission has ruled in favour of Montreal’s Bombardier Incorporated – in a trade dispute with Chicago-based Boeing Company.

The commissioners voted unanimously that Boeing did not suffer harm – from prospective imports of Bombardier C Series commercial jets.

The ruling means the anti-dumping and countervailing duties totalling 292.21 per cent – imposed by the U.S. Department of Commerce – will not be applied.

Bombardier has called the decision “a victory for innovation, competition, and the rule of law.”

The Montreal-based company also says it is a victory for U.S. airlines and the American travelling public.

Bombardier says it will now move to finalize its partnership with Airbus SE.