Care workers in France are protesting at nursing homes around the country in anger over staff shortages and cost cuts.

Union representatives say workers are under increasing pressure to cut corners on feeding, cleaning and hygiene care for elderly residents, so they called for a protest Tuesday at 7000 facilities around France.

Accusing the government of “abandoning the aged,” workers are also rallying in front of the Health Ministry in Paris to demand more staff and to protest a government reform of elderly care.

Government representatives have argued the reform will improve and streamline care for the elderly. 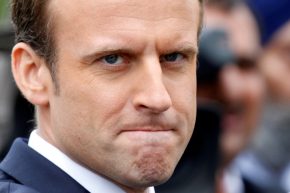 The workers have long complained about conditions at semi-public nursing homes, and sent a letter in October to French President Emmanuel Macron warning of an “explosive situation.”