CHRISTINE ELLIOT LEADS THE EARLY POLLING FOR PC LEADER, BUT SAID TO BE UNINTERESTED

Interim Ontario PC Leader Vic Fedeli insists he does not have a preferred candidate for the permanent leader.

A day after removing himself as a candidate, Fedeli says will offer support to the candidates but won’t state a preference.

“I don’t get involved, I will be Switzerland in this, I’m going to be neutral,” Fedeli explained to CBC Radio Wednesday, “There’s no getting involved in the race from my point of view.” 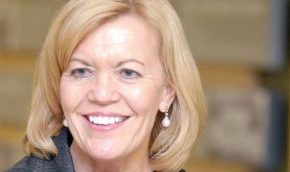 But we are learning there is a push within the Tory caucus for 2015 leadership runner up and former MPP Christine Elliot to run.

And now, almost a week later, the polling of possible contenders has already begun.

“The person that did the best in our polling was Christine Elliot. She’s relatively well known compared to the other candidates and most of the people who know her like her,” said pollster Greg Lyle at Innovative Research Group.

Elliot is now Ontario’s patient ombudsman, a patronage position from Premier Kathleen Wynne that pays $220,000 a year. But Elliot is said to be happy in that post.

The other name that continues to come up is Caroline Mulroney, daughter of former Prime Minister Brian Mulroney.

Caroline Mulroney is the PC candidate in York-Simcoe. She recently tweeted that she will continue to speak with party members about running.

Other possible candidates include Rod Phillips, former chair of Postmedia and the Ontario Lottery and Gaming Corporation.

The only declared candidate for the permanent leadership is former Toronto city councillor Doug Ford.

It’s highly likely a leadership election will be held before March 24th, and as early as March 10th.

Have your say on who YOU think should be the next PC leader on Zoomer Radio’s Fight Back with Libby Znaimer after Wednesday’s noon news.