OBESITY CAN SHORTEN YOUR LIFE, BUT BEING 'JUST OVERWEIGHT' HAS NO EFFECT ON LONGEVITY: RESEARCH

It seems that being obese can shorten your life. 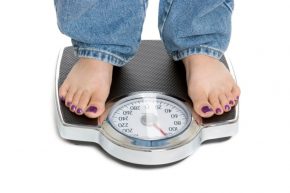 Researchers from Northwestern University looked at more than 190-thousand people who, at the beginning of the study, did not have cardiovascular disease. They were followed from 1964 to 2015.

The scientists concluded that obesity was associated with a shorter lifespan and an increased risk of illness and death from cardiovascular disease.

But what’s interesting, is that merely being “overweight” was associated with a lifespan similar to be being normal weight.

However the overweight had a higher risk of developing cardiovascular disease at an earlier age.