In what could be a game changer in the fight against the flu, the health ministry in Japan has approved a drug that can rid you of the flu in just one day. 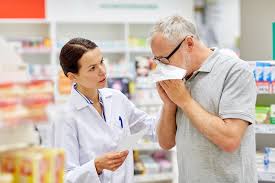 An Osaka-based pharmaceutical company has been cleared to manufacture and market its new drug Xofluza, which could rival Tamiflu, made by Swiss drug maker Roche.

Antivirals like Tamiflu are taken in multiple doses over several days and stop the flu virus by binding to a coating on the virus’ surface to inhibit its ability to escape an infected cell.

Xofluza requires a single pill and suppresses virus replication by targeting an enzyme.

During trials, the Japanese drug was shown to eliminate the flu virus in 24 hours compared with three days for Tamiflu.