A Vancouver woman with stage four pancreatic cancer has responded so well to an experimental therapy that doctors studying her case hope to help other patients diagnosed with what’s often a deadly disease.

“It’s just awesome to see the progress and that people are actually concerned about people with pancreatic cancer. Before it used to just be a death sentence, as opposed to some other cancers where there are a lot of different treatment options,” said Susan Stewart who began taking experimental medication in January of 2017, and also had her pancreatic tumour sequenced as part of a study in Vancouver by scientists at the Terry Fox Research Institute.

The goal of the research, called Enhanced Pancreatic Cancer Profiling for Individualized Care, is to sequence tumours and provide personalized treatment for patients based on their particular subtype of the disease.

“You have to delve deeper into really understanding all of the genetic changes in these cancers,” explained Stewart’s oncologist Doctor Daniel Renouf, who says pancreatic cancer tumours are already being sequenced in Toronto, but the research institute is providing $5-million in funding to expand the sequencing to other Canadian cities with a goal of involving 400 patients. 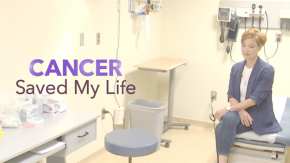