MEN NEED TO TALK ABOUT GENDER EQUALITY TOO: PM TRUDEAU ON WOMEN'S DAY

International Women’s Day has been acknowledged around the world today at events, including marches and demonstrations in Asia.

Hundreds of activists protested today in the Philippines against President Rodrigo Duterte, who they say is among the worst violators of women’s rights in Asia. 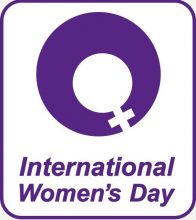 “We need to be allies and partners, and if men aren’t part of this conversation, then we don’t get anywhere,” Trudeau explained to CBC Radio.