VIA GETTING THE WHEELS ROLLING ON NEW TRAINS 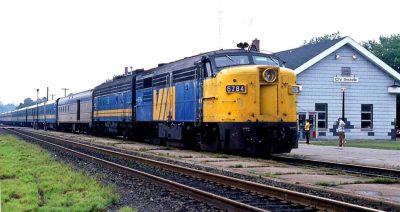 The unspecified funding for the national passenger service was included in the recent federal budget.

The new  trains are expected to be in service by 2022 – and Via says they will reduce environmental emissions – with more fuel-efficient engines.