Twenty years ago, an American pharmaceutical headquartered in New York City got the go ahead to sell a little blue pill that treats impotence. And since then, the diamond-shaped blue pill known as Viagra, has transformed the sexual landscape. 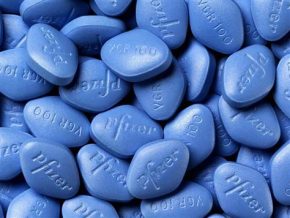 Before Viagra, impotence often meant shame and the collapse of all but the most committed relationships. With billions of pills sold, the drug unleashed a cultural shift across the globe and made sex possible again for millions of older men.

Initially, Viagra was developed to treat high-blood pressure and chest pain, but quickly showed an unexpected side-effect during clinical trials: combating erectile dysfunction— celebrated as a real revolution for men, transforming the relationships of millions over the past two decades.

In the two decades since Viagra first went on sale, more than 30 million men in 120 countries have used it.