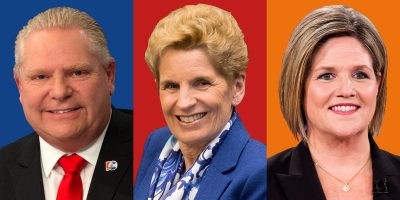 A new poll indicates Ontario’s Progressive Conservatives – led by Doug Ford – are significantly more popular with men – than the other two major parties.

The Ekos phone survey found just over half of men said they’d vote for the Tories “if the election were held tomorrow,” – or were at least leaning that way.

Roughly 27 per cent of men surveyed said the same about Premier Kathleen Wynne’s Liberals – while just 16 per cent said they’d vote for – or were leaning toward – Andrea Horwath’s N-D-P.