As expected, the big winner at last night’s Olivier Awards in London was the hip hop musical “Hamilton.” 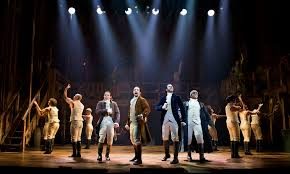 Hamilton swept the board picking up seven awards from its 13 nominations to equal Matilda’s 2012 record for most Olivier Awards won by a musical.

It was also a good night for The Ferryman, which picked up three awards; best new play, best director for Sam Mendes, Laura Donnelly was named best actress.

Breaking Bad’s Bryan Cranston was named best actor for his work in Network .

The record for most Olivier Awards was set last year when Harry Potter and the Cursed Child picked up nine.