The modern dancer and choreographer who brought the black experience in America to the Broadway stage in musicals like “Raisin” and “Sophisticated Ladies”, has died at the age of 87. 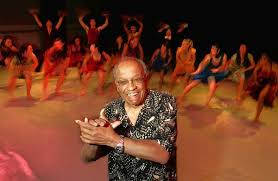 One of Donald McKayle’s signature works was 1959’s “Rainbow ‘Round My Shoulder.”  It depicted workers on a chain gang and explored oppression and injustice.

McKayle was born in Harlem and began dancing as a teenager.  He choreographed works that focused on black life and socially conscious themes.  He was the first African-American man to both direct and choreograph major Broadway musicals and was rewarded with a Tony for his production of “Raisin.”

McKayle was professor emeritus of dance at the University of California, Irvine at the time of his death.