There are questions at Queen’s Park over the handling of sexually inappropriate behaviour by Kitchener-Conestoga MPP Michael Harris who was officially removed from the Progressive Conservative caucus yesterday.

Liberal campaign co-chair Deb Matthews is wondering why the Tories let Harris put out his own statement on Saturday about retiring for health reasons, but did not take punitive action against him until midday Monday.

PC Leader Doug Ford has released a statement which says “the PCs have a zero tolerance policy with regard to inappropriate workplace behaviour.”

Harris has admitted to sending text messages of a sexual nature with an intern in 2013. His wife Sarah sat beside him during his apology, and says as a couple, they’ve moved on from this. She has announced plans to run for the Kitchener-Conestoga nomination in her husband’s place.

Doug Ford is also distancing himself from Tanya Granic Allen. 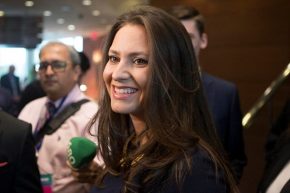 Ford issued a statement yesterday, saying “these comments do not reflect the position of Ontario PC leader Doug Ford or the party.”