The FBI Director, fired by Donald Trump, says it’s possible the Russians have compromising information on the U.S. President, that there is some evidence of obstruction of justice in the president’s actions and that Trump is morally unfit for office. 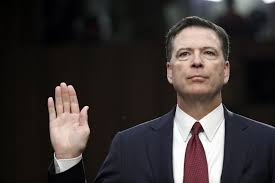 Comey’s allegations came during an interview that aired in the U-S yesterday.  He was doing the media rounds promoting his new book “A Higher Loyalty.”

Trump famously fired Comey last year and then attacked him on Twitter yesterday.

Comey’s book offers his version of events surrounding his firing and the investigations into Russian election meddling and Hillary Clinton’s email practices.