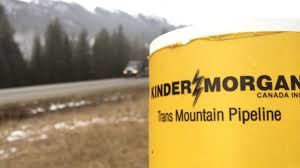 There will be an emergency debate in the Commons tonight – on the Trans Mountain pipeline expansion.

Conservative natural resources critic Shannon Stubbs requested the debate – saying thousands of jobs – and billions of dollars for the Canadian economy – are on the line.

They were arrested March 23rd and charged with civil contempt of court – over allegations they defied a court injunction.