The actor, best known for playing an off the wall judge in the 80-90’s television series “Night Court”, has passed away. 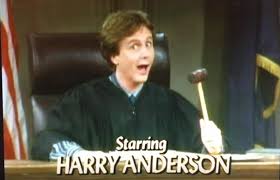 The actor was found dead in his North Carolina home yesterday. His family confirms he died of natural causes.

Anderson also starred in the series “Dave’s World” and was an accomplished magician.