Monte Python legend Eric Idle is writing a memoir and fans of the English comedy troupe can probably guess the title. 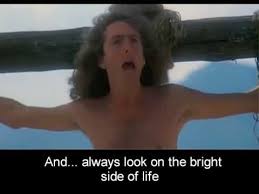 The 75-year old says the Pythons used to be babe magnets.  Now they’re fridge magnets.  He adds, it was time to tell his tale before Hamnesia sets it, which he says is what happens to elderly actors.

Idle’s new book will be published in October.