Ontario Progressive Conservative Leader Doug Ford’s threat to fire the CEO of Hydro One if he becomes premier, may be having an effect on how the governing Liberals view executive pay and severance at the provincial utility.

Board members at Hydro One found out on Sunday that government representatives plan to vote against Hydro One’s compensation plan at the utility’s May 15th annual meeting.

The provincial government is the largest shareholder in the partly privatized utility with a 47 percent stake.

The shareholder vote is not binding, but yesterday Hydro One Chair David Denison said the utility is reviewing its pay scheme. 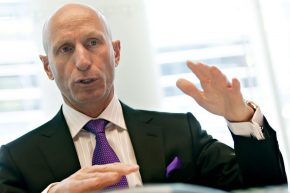 Electricity prices are a hot button political issue in Ontario ahead of the June 7th provincial election. Doug Ford said last month he would fire Hydro One’s board and replace CEO Mayo Schmidt as part of a push to reduce rates.

But Energy Minister Glenn Thibeault says while Ford would take an erratic and reckless approach, the liberals believe in a stable solution that exercises the government’s authority as the largest shareholder.