How to treat “treatment-resistant” depression? 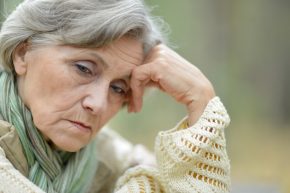 A six-patient clinical trial is underway at Toronto’s Sunnybrook Health Sciences Centre, where researchers are using ultrasound beams directed into the brain in an attempt to do just that.

The non-invasive procedure involves an MRI-guided focused ultrasound which sends more than one-thousand beams through the skull to a tiny target in each hemisphere of the brain.

The idea of the trial, the first in North America, is to essentially reset a brain circuit which is implicated in depression and other mood disorders.

Almost 14 per cent of people will suffer recurrent bouts of severe depression, and among those, about one in 10 will fail to respond to at least three standard anti-depressants and be deemed treatment-resistant.