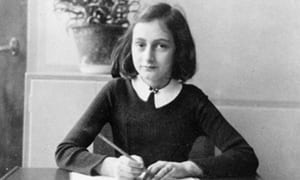 An investigative team looking into who betrayed Anne Frank and her family – has a book deal.

Anne Frank; A Cold Case Diary – will be published in the summer of 2020.

The HarperCollins book was among the most talked about – at last month’s London Book Fair.

Former FBI agent Vincent Pankoke has been leading an international effort to solve the  mystery – over how the Jewish family’s attic hideout in Amsterdam was discovered in 1944.

Anne Frank was sent to a concentration camp and died the following year. Her father later found her diary – which has sold millions of copies.

The publisher acquired world rights to the book.