Zoomer music legend Bob Dylan is expanding his creative enterprise by partnering with a distillery to make whiskey at a 140-year-old church in Nashville, Tennessee. 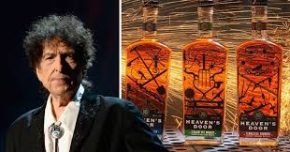 Dylan has partnered with the co-founder of Angel’s Envy Bourbon and has named the new venture after one of his more famous tunes, “Heaven’s Door.”

In a statement, the 76-year old musician said he just wanted to tell a story with a line of whiskeys.  To that end, the Tennessean Newspaper reports Heaven’s Door’s first whiskey releases will include a Tennessee straight bourbon, a double barrel whiskey and a straight rye whiskey.

The brand will only be available initially in the U.S.