“If we saw the kinds of injury that these people are displaying in photos on a dog or a cat, heads would roll and there would be public outrage,” said lawyer Amani Oakley, who is leading two lawsuits against two major Ontario nursing home providers.

The lawsuits are believed to be the first of their kind in Canada and target Extendicare and Leisureworld Senior Care Corporation, which was recently rebranded Sienna Senior Living. 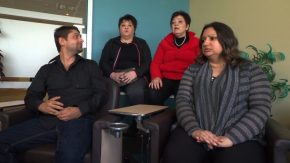 In one of the cases, family members say their mother Shirley Murphy deteriorated quickly after moving into the Extendicare-run Craiglee Nursing Home in June of 2016.

Her daughter, Cynthia Devereaux, tells CTV News her mother suffered a broken leg after a she couldn’t make it to the bathroom in time.

“One of the PSWs told her to get down and clean up her own mess and she slipped and broke her foot,” Devereaux explains.

Murphy died in February 2017 of a severe infection.

In another of the cases, family members say their 63 year old father, who’d suffered a debilitating stroke, was left malnourished and dehydrated and had disturbing looking bed sores when he later died.

In response to the lawsuits, Extendicare’s national director says that its staff works hard to provide residents with “comfort, care and compassion.”

None of the allegations has been proven in court.